A visit to the Pre-Historic paintings at Lascaux

Our last breakfast together at the Hotel de Chateau in Beynac – everyone is a bit tired and sad that our paddling and exploring with Steve and “George” is over…..  The van is packed and we are off to the Lascaux Caves II, a UNESCO World Heritage Site.  These are the world’s most visited painted caves.  The caves were discovered by 2 boys in 1940 and were closed to the public in 1963 due to the fact that the original cave paintings were being harmed by the public.

Cro-Magnon Man created these most amazing paintings of deer, cows, horses and stags, along with various symbols (it is still not known what they represent) 17,000 years ago.  It was important to salvage this unique piece of history so in the 70s, specialists set out to recreate the original cave paintings down to within a centimeter and a new cave was opened 200 meters away from the original cave in 1983.  Our tour started out in French, but then we were able to join an English speaking tour that was right behind us.  It was so much more meaningful for us to have the English guide explain about the animals, how they were painted, how the artist showed that the animal might be running and how animals were superimposed on others.  The colors of red, yellow and black were vibrant and the guide said that in the original cave they were even more vibrant as the humidity in there is about 98% and preserves the colors well.

We are off to Brive and the train station.  Patty & Paul will pick up their car here to continue their travels in the Loire Valley and then on another OAT river cruise.  Annie, Marlee and I board the train back to Paris where we will then catch a taxi to the airport Best Western.  Our train experience was a real adventure.  Apparently the coach that we were supposed to be in was not at the end of the train as planned – so we could never find our seats!  Not speaking the language was a real problem as we did not know what was going on.  We chose any seat and at the next stop we got kicked out of those seats!  Finally moving ahead 6 cars dragging all our luggage through a moving train, we found seats – and were able to complete the journey in those!  Arrived safely at the Best Western 10 minutes from Charles de Gaulle airport.  Tomorrow ends our wonderful adventure here in France – I have a 10:30 AM flight to catch back to the US where I know that Marc & Abby are anxiously awaiting my return!

Steve House of Green River Canoes Ltd and Steve Lines have been wonderful to us – driving us safely everywhere, providing the canoes they rented from various French companies along the rivers, setting up all the lodging and restaurant reservations – but mainly providing us with humor, and a wealth of information.  These guys have known each other since their late teens and early 20s – they played in a band together in England where they were originally were from.  Steve Lines still lives in the southeast part of England and Steve House, co-owner of the company, lives in Antwerp, Belgium.  We so enjoyed their banter with one another and all the funny English sayings that we were privy too.  It was truly a special experience!

Thank you for joining me on this journey to the beautiful country of France – land of beautiful rivers, bustling towns, small quaint flower filled villages and history dating back many thousands of years.

Details of this tour can be found here: Green River Canoes 12 Days 3 Rivers 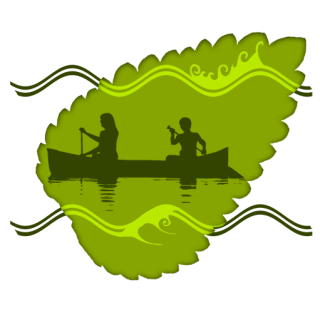 Read the FAQ page for booking information and FAQs.